With Black Friday under our belts, the holidays are rushing toward us like a team of reindeer, and 2019 isn’t far behind. The new year brings new goals, new resolutions, a crisp new wall calendar, and lots of political changes. As a result of the 2018 midterm elections, 100 women were voted into Congress, the Democrats took the house, and the country is glued to their TVs and phones, waiting to see what happens next.

If you’re like us, you’ve got a big question on your mind: What does the upcoming political transition mean for the fight against ALS? 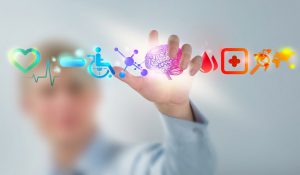 (Image courtesy of the CDC)

Let’s take a look at the National ALS Registry, the most valuable player in the fight. As the only population-based U.S. registry that captures data on ALS patients and causes, the National ALS Registry is our most valuable tool for advancing research. Researchers from around the world have access to the registry, which aims to collect the most accurate information possible by including as many patients as possible.

Like all efforts to save human lives, growing the Registry takes money.

Since its conception in 2008, the Registry has been run by the Centers For Disease Control And Prevention (CDC), and funding has been maintained by Congress. In light of November’s midterm elections, the future of registry funding is less certain — the level of funding could be questioned under new leadership. So, after all the votes have been counted and winners declared what kind of disease funding and policy action can we anticipate in the new year?

For the most part, the future shows relative stability.

House Reps Eliot Engel (D-NY) and Peter King (R-NY) worked side-by-side to secure a $10 million appropriation for the CDC in the 2018 fiscal year, proving what we all know but too often fail to demonstrate: “Necessity is the mother of bipartisanship” (to quote American novelist Christopher Buckley). 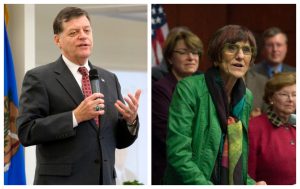 Engel and King both retained their seats in the midterms, setting the Registry up for continued support on both sides of the aisle. House member Tom Cole (R-OK), who put serious man hours into unifying the subcommittee and getting $68 million in grants for public school programs signed into effect, also retained his seat in the Oklahoma Congressional District 04. But with Democrats taking over the House, Cole will be handing over his position as chair of the House Subcommittee on Labor, Health and Human Services, Education and Related Agencies to Rep. Rosa DeLauro (D-CT).

The change of Subcommittee Chair, however, may not impair the progress that the subcommittee has made in recent years. Cole, who was a diehard believer in bipartisanship, has set a precedent that DeLauro appears to intend to follow. In an article by the Tahlequah Daily Press, Cole expressed faith in DeLauro to continue the bipartisan support effort for biomedical research, saying, “…she’s been a partner in this each and every step of the way.” So even here, with a change of power, the fight for increased research funding and continued support seems ever hopeful and realistic. 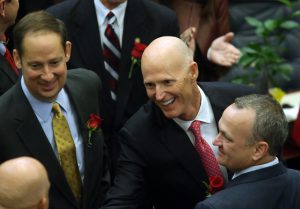 Down in Florida, a recount determined that Governor Rick Scott (R-FL) won out over Senate incumbent Bill Nelson (D-FL). Nelson was a pivotal player in the Dear Colleague Letter campaign that secured $10 million for the registry for the upcoming 2019 fiscal year. As for Scott, not much is known about his plans for CDC funding, but his history of working with the CDC to combat the Ebola Virus, and his declaration of ALS Awareness month in Florida suggest the efforts of the ALS community and the CDC may resonate with him.

ALS sneaks up on us swathed in it’s dark cloak of unknown. We know it kills, but we don’t know why, and we don’t know how to stop it. For a disease like this — one with no known causes and no cure — the best defense is knowledge. Knowledge is our sword, our shield, and our lasso of neurodegenerative truth. That’s why continued funding and support for the ALS Registry is so crucial, and we as patients, caregivers, advocates, and citizens need to call upon our representatives to support legislature that furthers biomedical research.

2019 New Year’s Resolution: Fight ALS with all we have.